A Head Full of Half Formed Ideas

My head is crowded with half formed ideas. Can I control my destiny or is it set. Am I a passenger even when I think I am not? I live now, but is now a fading moment?

Streets carpeted with leaves soften my footfalls. They make me feel weightless. This is a moment like many that will ignite a memory that is so deep I cannot recall it for more than a few seconds before it’s gone. Lost memories. A song on the radio or a word in a newspaper will vividly bring back a face from a past I had forgotten. Like static between stations there is a voice and a name but to faint to make out.

Love or the feeling of falling in love softens the sharp edges of life. Love is a separate entity, a third person in the relationship of two. You fall in love with her, she falls in love with you and you both fall in love with love. Its instant. Some people never love like this; they calculate everything down to the smallest detail and weigh up the value, the profit and loss. Love is a collision you can only have at full speed with your eyes closed and without your safety belt fastened. It’s a leap of faith. It is also filled with equal amounts of beauty and foolishness.

It puts ink in the poet’s pen but not food on his table. It can last a lifetime or just a heartbeat. It can’t be measured and only its effect can be seen.
Posted by andrew hillard at 10:21 AM 1 comment: 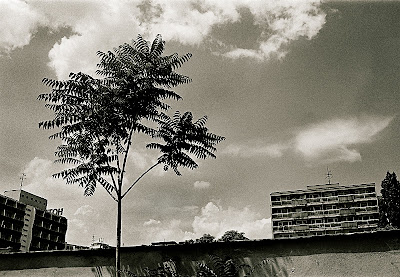 Today was 39 degrees impossible to do anything other than constantly replace lost fluids.
Even now I'm coated with perspiration and its an effort to type.
Posted by andrew hillard at 9:53 PM 1 comment: 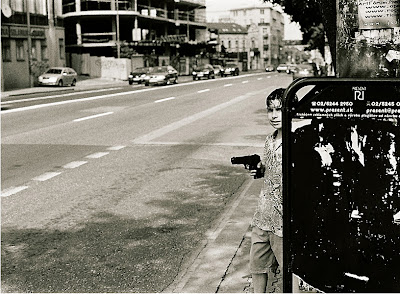 Photographs themselves are literally empty of meaning; only the viewer can instill concrete meaning to these two-dimensional representations of a reality that only existed for a mere 250th of a second. A frozen piece of time devoid of real life, an imprint of science like a fossil. As the photograph and our perceptions converge on the same space we realize that we can never again live in these moments, alas they are gone into the ether of our memory. But the photograph can provoke from us the answer to one important question: Did we truly live in the moment anyway?
Posted by andrew hillard at 5:18 PM No comments: 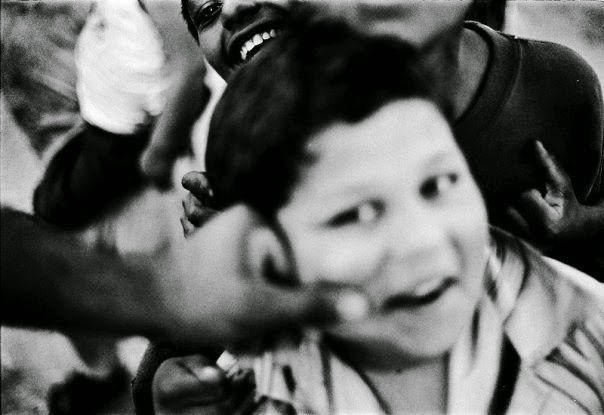 “Statecraft is often about working to transform current realities so what is not possible today becomes possible over time. Before you can change an unacceptable reality you have to understand it in the first place”. Dennis Ross The Wall St Journal.

Between the cities of Poprad, Levoca and Spiska Nova Ves sits the tiny village of Letanovce. With magnificent rolling hills and dense forests as far as the eye can see it is
a place of unspoilt beauty only an hour away from the breathtaking tourist paradise of the High Tatra mountains.
Scattered here on the side of a hill at the edge of a forest is another scene that captures the eye, though neither for beauty nor tourist potential. It is the makeshift slum that is home to around 500 Roma. But here in Letanovce as with most rural areas underdevelopment and unemployment statistically sit side by side. The Roma of Letanovce are viewed locally as a problem and a nuisance. Stories of widespread stealing and lawlessness are commonplace. Yet these men women and children live out their existence in the rapidly prospering EU country without electricity running water and sanitation. And what of the many children who by the time they are able to will probably become parents themselves? The coming generation of under 11’s are a massive focus group for what is to be fully understood before it can be transformed. 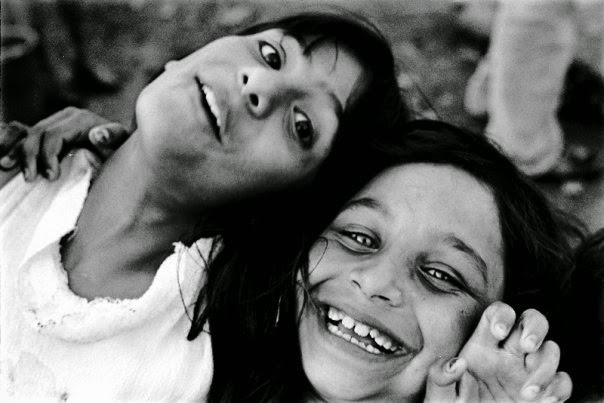 A common story and another statistic to add to the already overgrown pile of problems being faced by the government their new Roma representative and the many NGO’s trying to unravel and solve the many layers of this problem. What we have done we have done but what we do now will shape the future for these people and this country. It is a domestic issue that has gained an important place on the international stage. How Slovakia handles this will be viewed critically throughout the international community.
The slum in Letanovce is due to be bulldozed, more than half of the inhabitants are to be moved to new housing in a town where their new potential neighbours have already expressed disappointment. Words like ghetto, closed society and segregation have become catch words in the media.
One answer obviously lies in education, both in schools and in training for skilled work.
Eventually to have schools staffed with Roma teachers who could focus on solid practical skills and social education would be a giant forward step. The possibility of successful future integration into high schools and universities or sports scholarships could provide valuable motivation. Sports programs have proved a success in underprivileged communities throughout the world and in themselves help to promote and sustain a healthier lifestyle. A lot of raw talent from a poor environment has passed through wise nurturing hands and gone on to greatness. Communities are as strongly affected by success as they are by failure and fairness and understanding today have as much to do with right and wrong as they always have. Emotions can cloud the ability to effectively judge a reality. Injustice is common fact of life worldwide and is judged so.
Tackling the problem also lies in the hands of the individual, the parent, the teacher and the employer. Looking and listening without prejudice is a quality that has to be taught at home and in school to children. It is also a basic need that should be required and reinforced in the workplace.
Its not just a case of pouring money in to a situation until the situation miraculously fixes itself. This does not work. We have to recognise that the problem is also a problem in ourselves and in our attitude and focus on what we want compared with what we need. If we do not want a problem then we should seek a way to properly understand why we have a problem. If it is not a medical problem where at best we can only treat the symptoms then we have to change thinking and more critically pre existing patterns of what we the individual deem right and wrong. These and many similar situations feed off our ignorance and selfishness and thus can affect our belief of right and wrong.
Ultimately there is no one perfect solution to this problem but it is easy to see how elsewhere in the world situations like this have been manipulated, a divide grows, negativity spreads and a malign feeling transforms itself into something much worse.

more images from the project