Curiosity can be paper thin and without true feelings and passion it is easily blown away, then the few scribbles we made on it will surely be forgotten.

When we met, Otto had just returned from France, having been there to commemorate the 70th anniversary of the Normandy landings. For many years Otto had been a paratrooper and was honored to have made his most recent jump from a Hercules transporter plane over the skies of Normandy during that very celebration.  Otto was born after the war in 1949, though his uncle had been in the O.S.S.during wartime and was one of the many Slovaks that played an influential part in the D Day landings, Otto grew up during socialism where the freedom his uncle had fought for had been replaced by communist rule. So when the tanks came in 1968 he left Slovakia for West Germany and didn’t return until after the revolution 30 years later.

Before he left Otto had been a graphic designer making screen printed posters for the national theatre. He showed me some of his posters and paintings, that thanks to his neighbors efforts were kept safe from the authorities when he emigrated. On his return to Slovakia his involvement in Radio Free Europe put him under scrutiny from the state intelligence service, something he brushes off though his study filled with memorabilia mostly from that time, illuminates a feeling of pride and is testament to his generosity and spirit.

Sitting in his kitchen with a coffee, he lights up a cigarette and talks of how in their late teens he and his friends would go ‘tramping’ to the forest with backpacks, playing and singing their versions of popular American songs on guitars round a campfire, drinking and dreaming of a different life. Though many friends from his generation  have passed away or are still scattered around the world, a handful still manage to meet regularly in the forest and sit round a fire singing the songs of their youth.

He talks about the book he has spent 5 years researching and writing, about his uncles life, although there are countless volumes on D Day and WW2, his is a more personal, contemplative yet hopefully educational project. He recently gave a university talk and was overwhelmed at the large number of students in attendance, like many of his generation Otto seeks to preserve and make available his experience of socialism, the lead up to the Russian invasion and the post revolution fall out.

Before I leave he tells me he will take me tramping and I can meet his friends, we can sit around the fire and sing songs together. I feel richer and lighter of heart for the time spent and I hope my curiosity and its subsequent scribbles won't be forgotten


Posted by andrew hillard at 3:17 PM No comments:

the finishing off a roll story part one


Sometimes, trying to get it right with one exposure can be a challenge, especially when its a portrait of someone you know well, but in an odd situation. So feeling that I had 2 possible potraits from 9 frames I had to try make something with shot 10, the last on the roll. More than 2 weeks had gone by with me wanting to see if either of my two possibles was a definite. Then on Monday there was a slight break in the fog that seemed to have been around for the whole weekend, so I chanced a walk up to Kamzik hoping I might get lucky. On the way through the forest I came to a clearing and 50 yards to my right I saw the cross. Just as I stopped to take in the scene weak sunlight flickered through the carpet of leaves and the cross seemed to light up. I quickly managed to put the camera together and  fix it to the tripod and take that last frame. A few seconds later, the light went out for the rest of the day.
Posted by andrew hillard at 9:21 PM No comments:


Posted by andrew hillard at 8:48 PM No comments:

My favorite walk down to the city


I have been living on the hill in Koliba for a few years. Though it is only 6 minutes by public transport to the city centre, here you feel as though you are many miles away. This small settlement has expanded disproportionately over the last 20 years and is now home to an ever increasing menagerie of moneyed families with diversely designed homes and the main road is a non stop stream of trucks and speeding cars. I prefer to walk to the city, through the forest and down a little dirt path over the train tracks. It presents a peaceful alternative and a good view of the contrast between what was and what is. Time to breath and ample time to adjust.


Posted by andrew hillard at 11:04 AM No comments:


Ondrejský Cintorin (Andrews Cemetery) is a historic cemetery a short walk from Bratislava city centre. Founded in 1784 it originally belonged to the parish of St. Martin. Burials there ceased in the 1950’s and it was declared a national cultural monument in 1988.

During the socialist era the cemetery gradually fell into a state of deterioration and records from 1966 certify that it had 15,000 tombstones.  Reconstruction took place from1976 to 1980 with the aim to transform the site into a cemetery park but unfortunately this process had a negative impact as many of the gravestones, graves and crypts were removed or destroyed. The perimeter wall was also partially demolished and replaced with a socialist style concrete facade. Many of the original ornamental trees and plants that provided shade and a buffer against traffic noise were also removed, though in the years since, the existing vegetation has fleshed out and once again created an environment for solitude and contemplation.
A  Greek style temple representing the Exaltation of the Holy Cross, designed by Ignac Feigler ml was built in 1861 and individual graves, crypts and tombstones bear witness to the Neo-Renaissance style, neo-Gothic style and more modern classicist style. It is the final resting place of many noble families, burghers, representatives of city nobility, secular and spiritual leaders, city residents, military commanders and various artists and celebrities.
To me the cemetery is a place of calm, where I can sit and think. I go there to read during summer in the cool shade of ancient trees, surrounded by the names of long forgotten loved ones, I often read the gravestones and wonder what kind of life no matter how short and how different these people led, and how great a testament to the importance of a life lived is this peaceful monument. Once a year during All Saints day the cemetery is aglow in the romantic light of thousands of candles, graves garnished with Chrysanthemums as  family generations shuffle around in the cold paying respects to those who have departed.
Posted by andrew hillard at 10:05 AM 2 comments:


I have been living in Bratislava for 10 years and like to think I know the city reasonably well. That said I had never been to the zoo until this summer. I went with a friend and his 3 year old son. Nat loves animals and has a large collection of plastic animals at home. But he never goes anywhere without the large dinosaur his dad brought him back from a visit to Canada. Well as we arrived at the entrance to the zoo Nat saw the life size dinosaur and was transfixed, apparently that's the favorite part of his zoo visit and he prefers to spend at least 30minutes walking around it and touching it. As I watched him I thought about how children can get so much pleasure and surprise from something that they have encountered countless times, yet even though they know something is there, they still find in it something new and original. They have an innate ability to see something new in a situation they know well, A great lesson for all of us.
Posted by andrew hillard at 9:39 AM No comments:

So much of the fabric of our existence is textural and made from direct contact with nature, our friends and with others. Yet our eyes can see beyond this, and seek out the truth in things. They can question and judge, express love and pain, and allow us the option to decide

So many real moments hidden within memories, so much time spent unraveling it; the sound of nostalgia, the flickering of images, and the drift to somewhere else. Time is not lost, time is spent.

Clarity would serve as a better answer than wisdom does. Small changes are more significant than the big ones. We do value things better from a distance, and our relationship with others is an extension of the one we have with ourselves. Our relationships become stages on a voyage to find an answer, to find a destination, to find beauty.

Just as how a reflection in a still pond can carry more beauty than its mirror reality, we can witness beauty as an illusion. But beauty has a state of mind, it has energy and it needs feeding. It sets our senses free, gives them legs to run, it fires our imagination and it invigorates our soul. It nurtures our love for this life.
Posted by andrew hillard at 10:12 AM No comments: 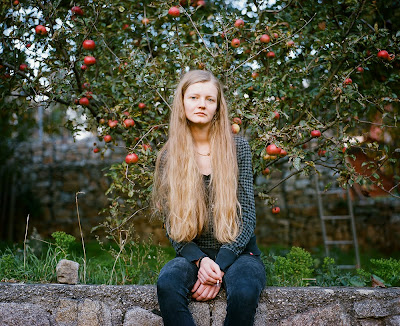 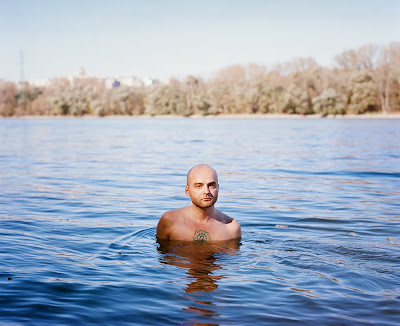 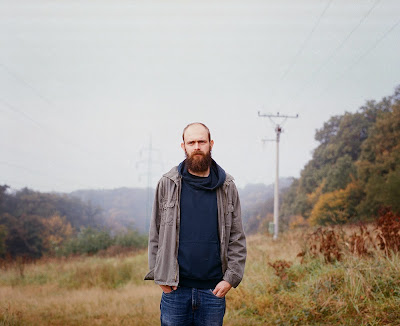 Posted by andrew hillard at 9:49 PM No comments: