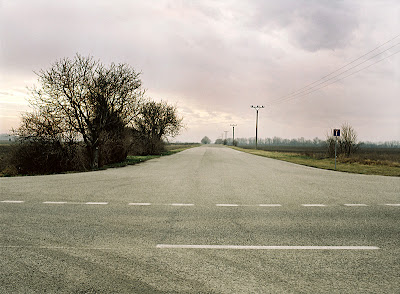 Posted by andrew hillard at 7:02 AM No comments: 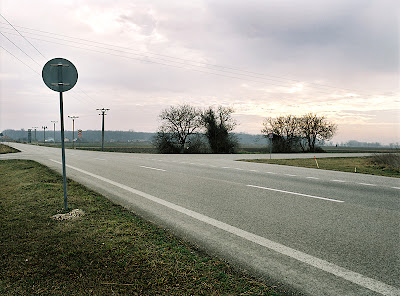 Foo Fighters In Your Honor
Posted by andrew hillard at 3:22 PM No comments: 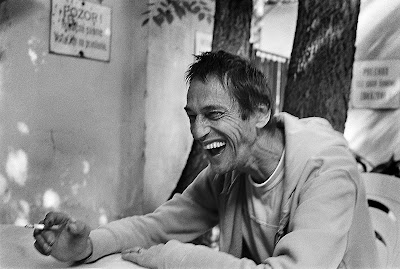 Dano is in his sixties though he looks younger. When he was a boy he loved horses and was a talented rider. But in a moment he was kicked in the head by a horse. The accident almost killed him and subsequently left him permanently "dull" to the world around him.

I see him often in the city though he comes from Dobra Voda. He lives with his sister and her husband in Bratislava.
He can be found most days walking in my neighborhood. Just wandering aimlessly. Sometimes stopping and staring off into the distance. One minute looking like a lost boy the next laughing to himself like he's just heard the funniest joke.

He always politely asks me if I have a cigarette or 20 crowns. His speech for me is difficult to understand but I have realized he is always telling me some joke or funny story and when he gets to the end, he laughs.

I laugh as well, not because I understand the joke but because Dano's effort and presence make me happy and reaffirm something to me.

In a moment it could all be different.
Posted by andrew hillard at 8:31 AM No comments: 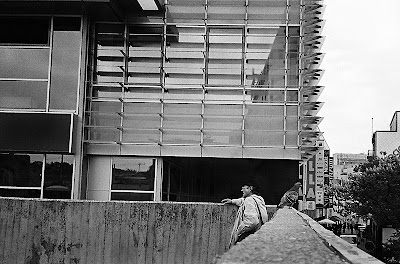 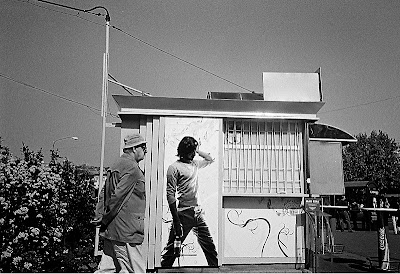 I started using my old Olympus XA2 again.
Small and compact with a good lens especially if there is a lot of light.
Nice for the street because it can appear like a mobile phone so people don't really notice you taking their picture.

Everyday life is filled with little subtleties, as things change here the contrasts become more apparent and I enjoy seeing and capturing these changes and the humor they sometimes provide.
Posted by andrew hillard at 10:31 AM No comments: 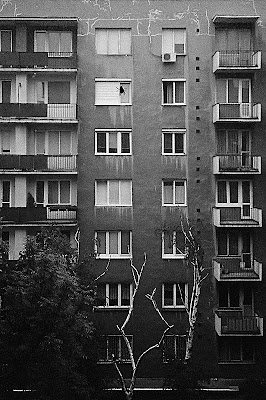 Its hot and sticky. The average temperature is around 30 degrees.
On the ground floor the strong smell of waste and decay attracts flies.
Eventually I find them on the fifth floor. Stuck to the window, motionless.
Posted by andrew hillard at 11:12 PM No comments: 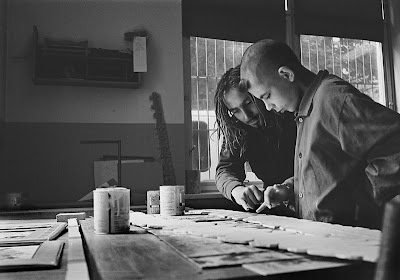 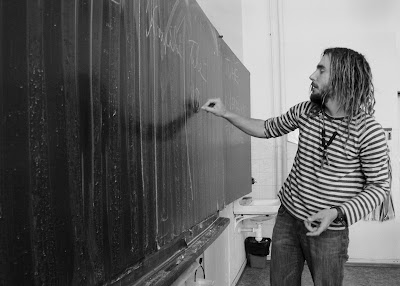 A couple of images from a new project I am working on:

A Portrait of Jakub.
Posted by andrew hillard at 11:29 AM No comments: