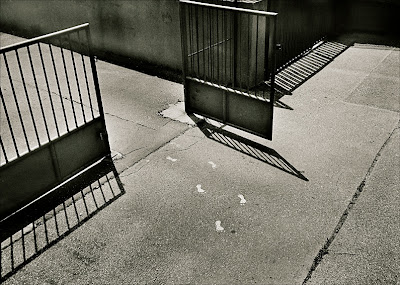 I have only once in the twenty four years since I left, been back to my old school. The occasion was to see a school play and I was struck by how small everything was: desks, chairs, classrooms and teachers. All shrunk by the magic combination of time and adulthood.

This school yard is in the neighborhood I lived in for the first couple of years after I arrived here. It is a primary school and I used to hear the kids playing during morning break. Screaming and running around chasing each other. The sound echoing off the walls of the surrounding apartments . Weekends and evenings the area would be quiet, the school deserted except for the painted footprints dancing on the broken concrete playground.
Posted by andrew hillard at 9:12 AM No comments: 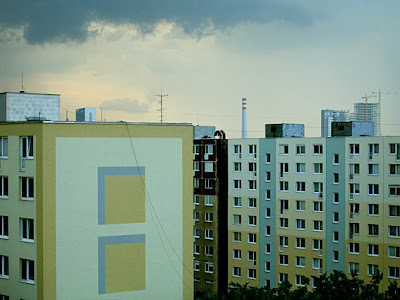 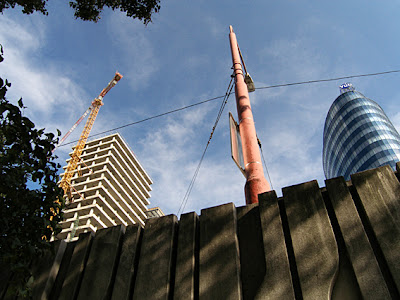 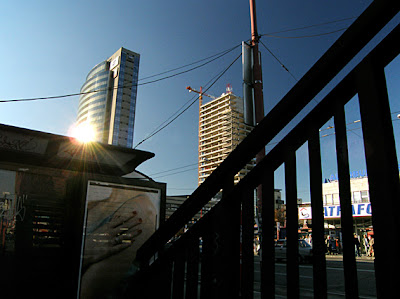 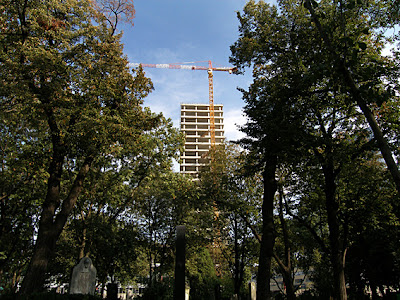 Posted by andrew hillard at 11:42 PM No comments: 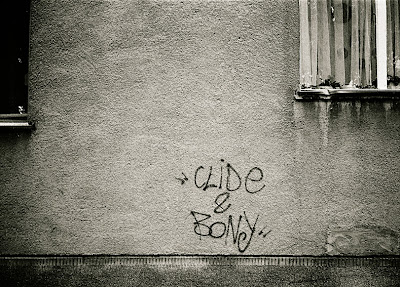 Palkovičova Bratislava 2007
Posted by andrew hillard at 12:36 AM No comments: 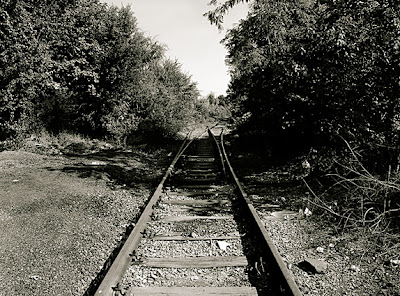 Friendship like train tracks running straight and parallel heading for the horizon. The view becomes obscured and the reality is altered. The tracks once inseperable, part and change course for different destinations. We have our alloted time with one another, a time of learning and growing. A journey.

Friendship is neither about asking nor is it about replying. It is merely an understanding. When we stop understanding we become like the train tracks: still solid and straight yet inevitably headed for different destinations.

Friendship is a lot harder to make than it is to break. It resembles an out bound journey filled with unknown promise but often unfortunately with no return ticket.
Posted by andrew hillard at 11:43 PM No comments: 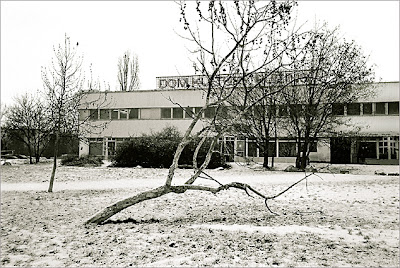 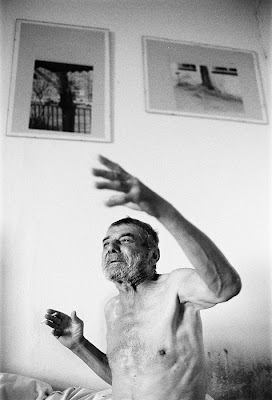 On Monday 21st August at 16.37 I received an s.m.s. from my friend. ‘Tonko is dead” Everything stopped for a few seconds. My memory took over.

“Tonko”, Anton Podstrásky was arguably the best Slovak street photographer of his generation. A man who lived in the moment, a working class connoisseur of the human spirit. He focused his lens on the ordinary, the downtrodden and the ignored. His studio was the city streets, the market at Miletičova and various krčmas (cheap bars)in Bratislava. His subjects were societies rich tapestry of manual workers, alcoholics and misfits. His perfectly preserved photographic archive remains as both his gift and memento.

For a street photographer to be in the right place at the right time requires luck. It takes a great deal of sacrifice, self belief and patience to walk the streets daily, literally waiting for that briefest moment when something special jumps out from the seamless flow of ordinary life, like seeing a fish leap from beneath the surface of a fast moving river. Tonko’s photographs are a testament to that: A life less ordinary.
Chain smoking, hard drinking Tonko was never simply a voyeur, his life on the other side of the lens was with the very people who fill the frame of his photographs. The struggle to survive combined with the pressure to create. At times Tonko shone. There was a party and he was the host. At that time maybe with the influence of an appreciative critical force on him he might had become a household name.

In the last years of his life even though Tonko suffered great physical pain he managed weekly trips to Mileticova market to raise a glass among the remaining friends, memories and ghosts of his life. It was there more than a year ago that my friend seeking out Tonko hopefully as the subject for his Bachelor of arts thesis on photography found him. Tonko invited us to his home to look through his archive and instantly we realized what an amazing treasure we had found in both the man and his work. Reacting instinctively and with utmost empathy we selected and printed images from his archive and made an exhibition for him in the city. His first exhibition in a decade. Public response was overwhelmingly positive not only from Slovaks but also from world wide visitors.
Tonko sat at his opening surrounded by his photographs with a smile on his face and a tear in his eye. The subsequent weeks brought more pain and suffering, Tono was rushed to hospital where one of his legs had to be amputated. Infections and more operations followed. He was sent home and cared for by his friends. With his intelligence, strong will and humour intact, he was still pushed in a wheelchair to his spiritual home: Mileticove market. The last time I saw Tonko he was sitting under the shade of an old tree at the end of my street. Newspapers tucked between his thigh and the side of his wheelchair, a cigarette in one hand and the remains of a half litre plastic bottle of white wine in the other. On recognition of us his tired face lit up with the briefest flash of genuine love. He shared a joke with us, we smoked a cigarette and said goodbye.

Thank you Tonko for your gift to us: That to truly live the Life Less Ordinary you must never give up.
Posted by andrew hillard at 12:03 PM 1 comment: 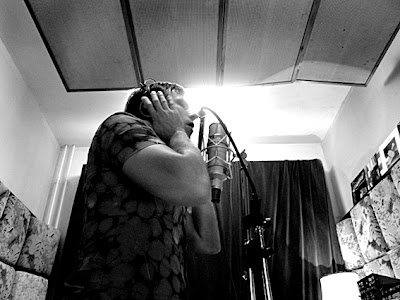 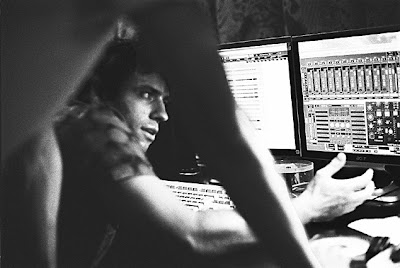 A few years ago a friend of mine introduced me to the music of Lavagance. Instantly I felt something, it was loose, sexy rock and roll with equal amounts of attitude, talent and raw energy. Unfortunately I wasn't able to photograph them for my "Memento" project (young artists and musicians originally for id magazine) three years ago but after various brief encounters over coffee or beer I was invited to visit their studio to begin documenting the recording process of their new album. Its a great privilege to be around music in its making and to spend time with genuine ego free musicians who's verve for life is translated into the music that will inevitably define them.
Posted by andrew hillard at 10:53 AM No comments: