Fragments of a Broken Dream 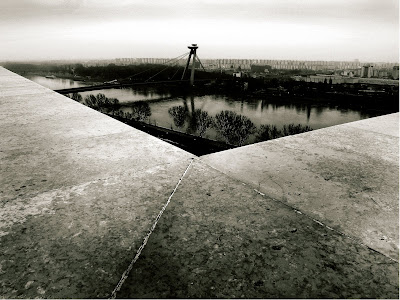 This will be the title of the book I am making from the last three years of work.
Posted by andrew hillard at 10:43 AM No comments: 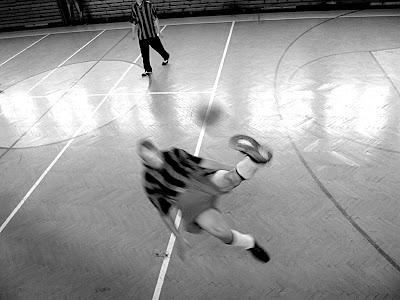 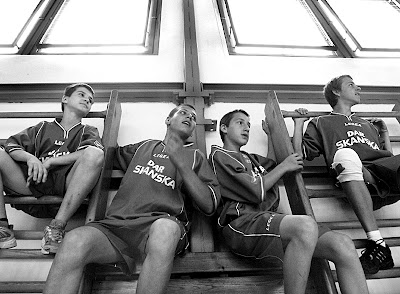 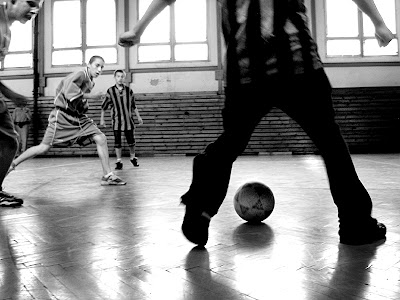 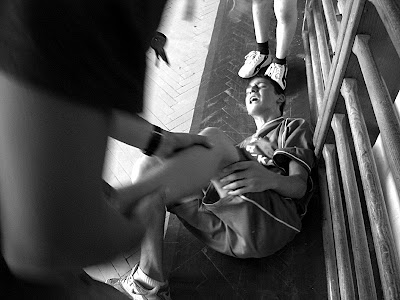 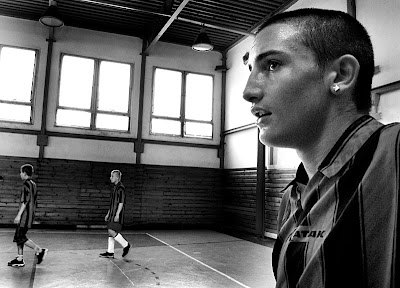 The boys were filled with more pent up energy than usual. A quiet before the storm and the sky too the colour of wet concrete peppered with bruises like a post fight boxer. The ominous promise of a storm.

The reason for a little more tension than usual: the inter school football finals to be held in Dubravka. The weeks leading up to this day were filed with intense Friday football sessions in the school gym. Two and a half hours of running, sweating, falling and fighting for goals interspersed with many cheers of victory and tears of failure.

Picoman was filled with his usual repertoire of mischievous comments and posturing the central focus of the six boys. Marek laughed but with suppressed aggression rippling across his face, Tomas a gifted footballer exuded a quiet confidence. Miso his customary baseball cap pulled down low flashed a smile or two, Karol the youngest and smallest excited and a little cocky, he also has a natural gift with the ball but has yet learned to pass it. Riso, quiet and sleepy had his usual otherworldly look in his eyes.

The bus ride was relatively sedate the boys content to be out of school looking out the window, telling jokes and watching the girls on the bus going to work. Jakub filled me in on some of the situations that might be possible based on previous competitions. Rivalry, bad words, fights and a visit by the police to take away a couple of boys wanted for some petty crime. Anticipation raised my adrenalin level a little higher than normal.

We walked into the school with that familiar smell of feet and dust and made our way to the gym. Passing a handful of scowling boys dressed in red and black striped football shirts. Teachers and boys met and shared greetings albeit the former more cordially than the later. While the boys changed into their football strips Jakub introduced me to the other teachers and over a cup of coffee I sat quietly as they exchanged thoughts on the proceedings. In to the gym to meet all the boys from the five schools lined up to hear the expectations of fair play and good behaviour. An intense mix of adolescent energy, boyish awkwardness and tension. A few furtive glances shot my way only to be expected at the presence of a stranger with camera.

The first match got started and it became quickly obvious it was going to be a one horse race. The home side Dubravka with as much skill to match their pace and aggression scoring a couple of quick goals. Their players more solid and confident especially one boy sporting a shaved Mohawk haircut who dominated the play, controlling and feeding the ball to the main goal scorer an athletic dark haired boy with an intimidating presence and a rocket of a shot. The next match saw the boys from Karpatska and with them the hope to see them do well and play as a team. They had the speed and skill to outplay their opponents and flashes of brilliance from Tomas and pace from Picoman produced a couple of goals but they lacked the right attitude and became quickly disheartened with frustration giving away easy goals. Victory was not to be theirs.

Their second match started well but the same frustration and lack of spirit returned. A challenge on Picoman produced a few seconds of writhing agony worthy of an Oscar. The rest of their games played out the same way. Karol shone briefly in Pico’s absence but had neither strength nor luck to put together a winning goal. Tomas played with guts and determination throughout but was unfortunately alone. Marek playing with wild aggression could only power the ball off the back wall and give away frustrating penalty goals. Riso in goal bravely did his best under constant attack, saving as many and in reality keeping the defeats respectable.

The one horse race finished with the home side eating up everyone in their path, only Ruzinov presenting any kind of difficulty. So for the presentation of the trophy, the boys changed into their regular clothes: A mix of hip-hop influenced hooded tops and baseball caps. The older boys back into their tough guy pose the younger boys looking childlike by comparison. We rolled out of school and on towards the bus stop to make our way back to Karpatska school. As we rounded the corner the sight of a waiting bus made the three older boys race for its doors. Leading the charge was Picoman seemingly unaffected by his agonizing injury.
Posted by andrew hillard at 12:04 PM No comments: